Escape from Age of Monsters is about to get bigger, badder, and better. Ayopa Games is proud to announce that the 1.1 update for the visually stunning endless runner now available for iPad, iPhone, and iPod touch.

We’ve jammed a stash house worth of features into this new release! Among the goodies are:

–       Brand new flyby items to unlock: enable these powerups and they will appear as pop-ups in game. Upgrade to increase their power.

o   Coin Converter: Changes all your pop-ups to money bags for a set time

o   Boost Forward: Boosts you forward through walls for a set distance

o   Coins Multiplier: Turns your coins into double or triple value after a certain distance

–       New extra lives: The baby monsters have defected! Now you can get a baby Yeti or Alien as an extra life and have up to six lives!

–       New player-activated powerups: Use them at the start of each building to give yourself an advantage.

o   Headstart: you can get a head start past building 1, or all the way to the first slug monster

o   Resurrection: When activated, this will bring you back to life if you die in that building

To top it all off, we’re also offering both the standard and HD versions of the game for FREE when the new update hits. So now there is no reason not to experience the awesome running gameplay of Escape from Age of Monsters.

Of course, we’re very appreciative of the early adopters who helped make Escape a success when it first launched. So those who already bought the game will be awarded with over 20,000 coins worth of in-game boosts and powerups, including bonus lives, all new flyby items already unlocked, and some new player-activated powerups already in their stash (that amounts to roughly $5 of IAP that we’re gifting existing players).

The much-awaited launch of MacGuffin’s Curse is here! At last, you can download and play the award-winning “werewolf comedy puzzle-adventure” from crack

Australian developer, Brawsome. Fantastic early reviews of 4.5 out of 5 on App-Shack and 8.5 out of 10 on Capsule Computers show its quality. Why not check out the highly unusual new launch trailer (kind of) featuring gaming legends Tim Shafer, Dave Grossman and Ron Gilbert? It’s laugh-out-loud funny! That’s not all – MacGuffin’s Curse also has an unbelievable 60% OFF launch sale price right now, grab it while you can …

A new Slide to Play podcast has posted online, including a great chat with genius developers of the upcoming werewolf-comedy-puzzle-adventure,

MacGuffin’s Curse. Andrew Goulding and Ben Kosmina talk about balancing puzzles, storytelling and much more. Head over to Slide to Play now and hear the full scoop for yourself!

We’re at the Game Developers Conference in San Francisco this week! We have been busy meeting new developers and press and have seen some awesome stuff! Joining us at the conference are the developers of W.E.L.D.E.R, Dungeon Crawlers, MacGuffin’s Curse and recently the released Mailmen. Stay tuned for new and exciting announcements of our new games and partnerships. 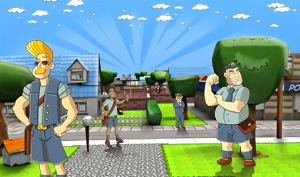 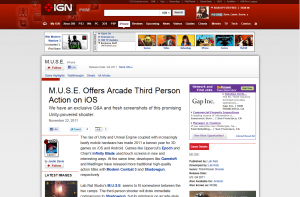 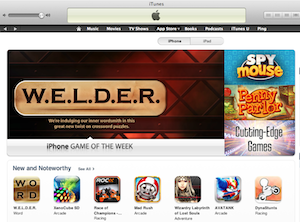 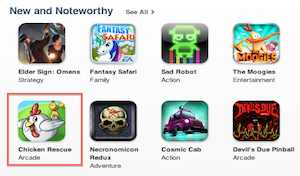 Hello, we’re very excited to announce that our friends at Highline have launched the official W.E.L.D.E.R. game site at www.weldergame.com. 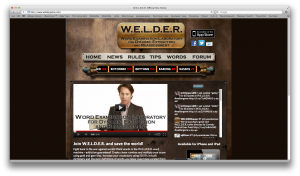 There you can keep up to date on the latest game news, suggest new words to add to the 60,000+ W.E.L.D.E.R. word library, get tips on how to improve your skills in the game, and chat with other W.E.L.D.E.R. fans. We encourage you to go there A.S.A.P. and join the movement to reverse the erosion of decent human speech.