Ayopa Games is a leading independent game publisher for mobile platforms focusing on quality, fun and innovation. We created this company so that we could share our love of innovative games with our fellow gamers and to help independent developers succeed in an increasingly competitive industry.

We know you play lots of games and have unlimited entertainment options. So it takes something special to earn your attention. That’s why we promise to deliver something innovative in every game we publish, whether that’s a unique art style, a twist on a classic concept, or any other magical element that delights and entertains.

We’re lifelong gamers who believe games should be fun and engaging for everyone, and the games we publish reflect that belief to the core.

Ayopa Games was founded in the beautiful and cosmopolitan San Francisco Bay Area, where the top gaming companies, press outlets, and tech businesses make their home. We also have a Europe/Asia office based in the UK to ensure we cover all key global territories. From our HQ office in downtown San Francisco, we’re just a short jaunt from Apple, Google, and our other partners in the mobile game space. 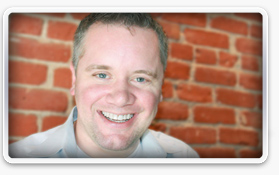 Johnny Coghlan
Over the past 15 years Johnny has overseen the signing, development, launch and commercial success of many hit games at leading games companies in the U.S. and Europe, including Chillingo, Ubisoft, SEGA of America, Storm8 and TeamLava.  Johnny’s career began in the UK as a videogames journalist at IGN and Future Publishing before he made the move to the U.S., where he held major PR and marketing positions at Blue Byte Software, Ubisoft and SEGA of America. While there he worked on new IP, major licensed brands and hit arcade properties with talented developers and industry visionaries.

As Head of Publishing at Chillingo, Johnny led the company from a small independent mobile games company into a powerhouse mobile publisher that was acquired by Electronic Arts in 2010. While at Chillingo, Johnny led the signing of new developers, oversaw games development and liaised directly with Apple/Google/Sony/etc while also directing all PR and marketing activities. Most recently, Johnny was VP of Business Development at Storm8 and TeamLava, where he oversaw all business ventures for the company’s top social free-to-play games on iOS and Android.

Tom Kinniburgh
With years of mobile games industry experience, Tom has been a key part in some of the largest mobile gaming franchises in existence. Starting his career as one of the earliest members of Chillingo, Tom helped to establish the publishing process and worked with talented development studios such as Rovio, Zeptolab, 11 bit and Mokus Games to create worldwide hits and award winning franchises.

As a Mobile Game Producer, Tom was responsible for helping developers to create their best content specifically for mobile platforms. He oversaw the company’s mobile transition into free-to-play while working with EA, NBC and Fox Digital on major movie IP’s and franchises.

Tom then sought further opportunities in the free-to-play genre, transitioning to work with Wooga – the largest free-to-play development studio in Germany. There, he helped to shape the company’s transition from Facebook to mobile. With Wooga, Tom focused his expert attention specifically into game design and monetization, as well as establishing a groundreaking data-driven approach to making major hit mobile games.

Tom has now decided to return to his indie games roots, and is keen to advise developers on how to implement and execute systems successfully into their games so they can fully benefit from Ayopa Games’ publishing prowess and expertise.